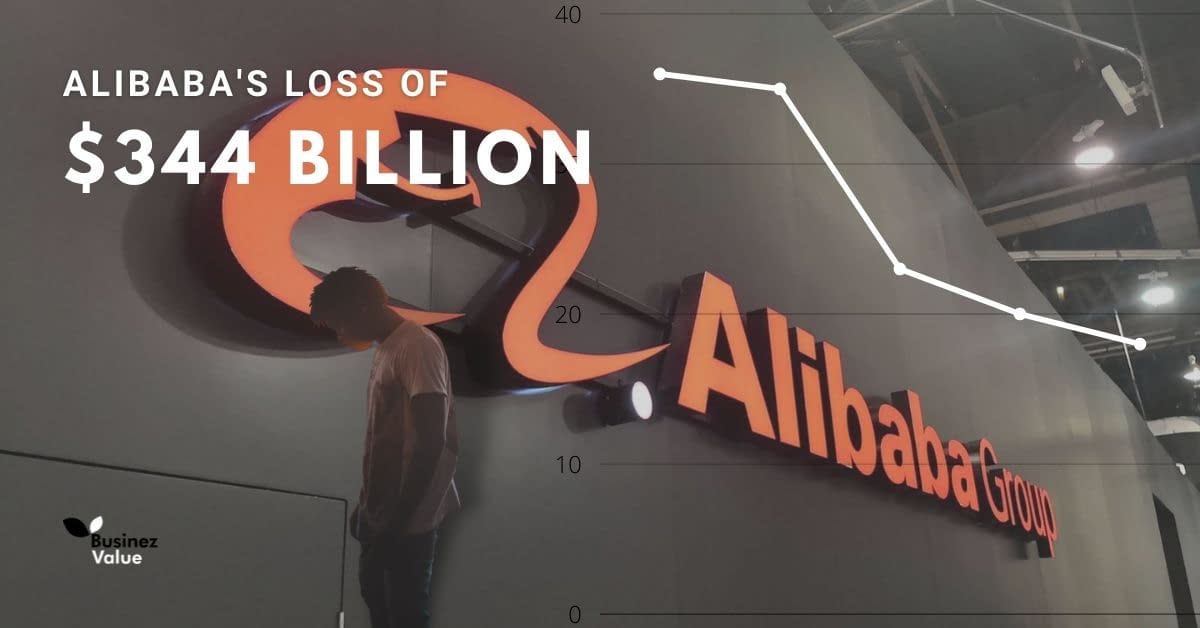 Since last October after Jack Ma criticized China’s financial system we have seen a continuous downfall in Alibaba’s market capitalization.

From last year this technology giant has lost a whopping $344 billion – This is known as the biggest wipeout of shareholder value globally in big tech firms in past one year.

This downfall has been compiled by Bloomberg as the biggest wipe-out in the market.

Also, Bloomberg quoted on this, “After the Asian financial crisis, the risk control highlighted in the Basel Accords has been the priority for regulators. Now the world only focuses on risk control, not on development, and rarely do they consider opportunities for young people and developing countries”